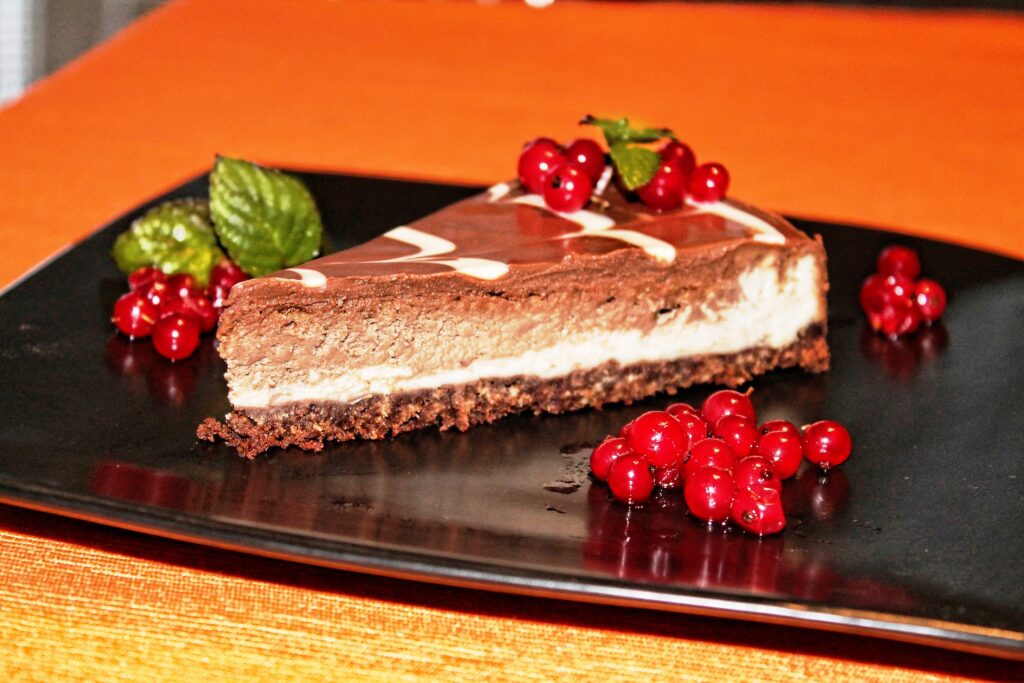 Desserts are yummy but savory cheesecake stands out in terms of both taste and texture. Indeed cheesecakes have changed the whole concept of cakes and pastries. Now the internet is full of cheesecake recipes and everyone wants more of it!

What makes finger-licking cheesecake so good?

You need to try it yourself to find out why is cheesecake so good. The cake is not a traditional egg and flour cake yet so irresistible that you keep on eating every bite one after another.

It’s both the taste and texture that keeps you hooked. Cheesecake is such a flavorful dessert that every taste bud on your tongue will explode with joy. 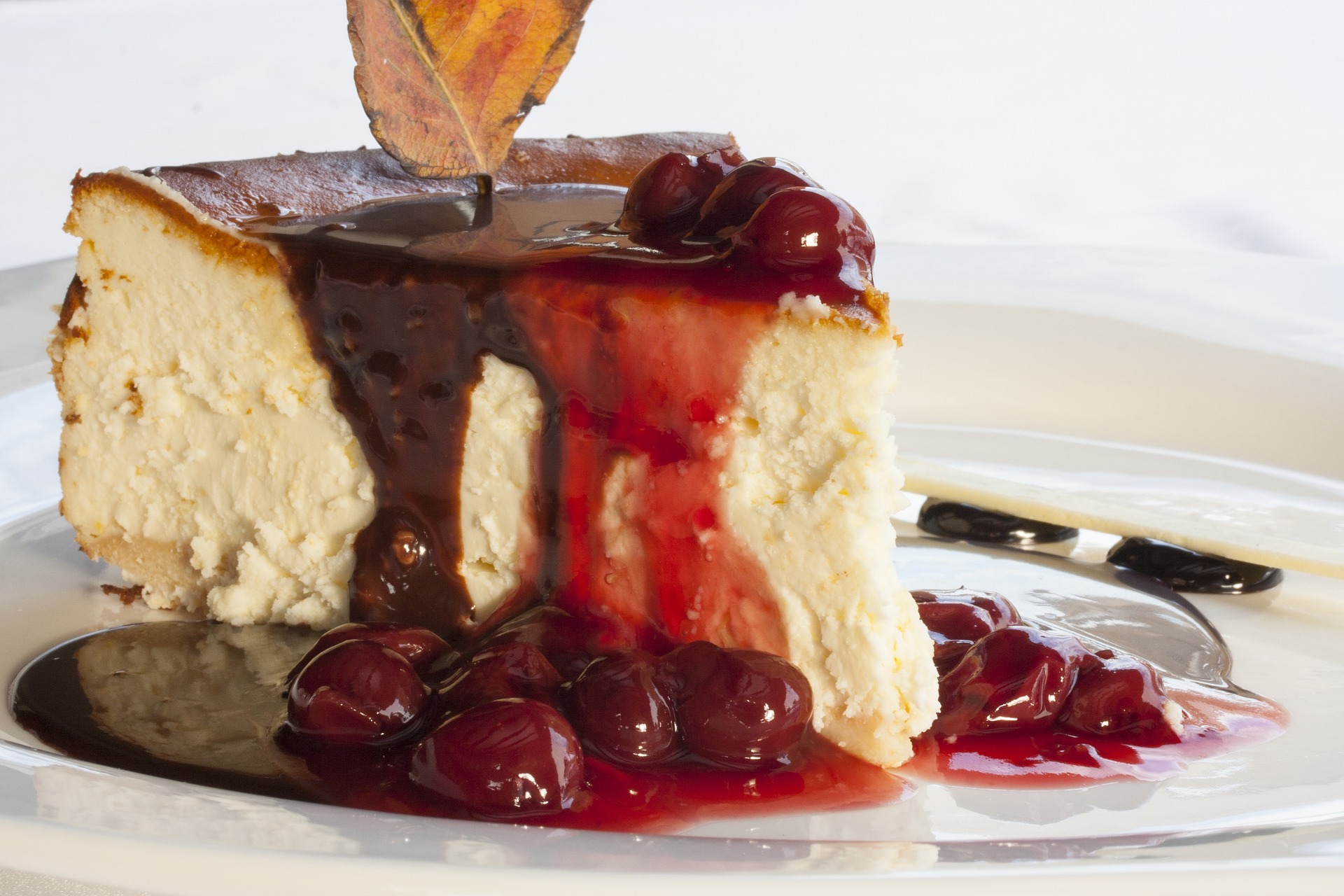 Easy Cheesecake recipe contains 4 basic ingredients. Cheese, eggs, vanilla extract, and sugar. However, you also add sour cream and a pinch of lemon juice to create that specific flavor. Sour cream brings moisture, a velvety texture, and that specific tangy taste to the cheesecake. Lemon also adds to the flavor and creates a dense texture as it is supposed to be. Using variant ingredients will bring different flavors and you can create as many delicious recipes as you want.

Some tips about a Cheesecake recipe

Remember that you can make both baked cheesecake and the unbaked version. The recipes are available everywhere on the internet.

Why cheesecake is a cake? 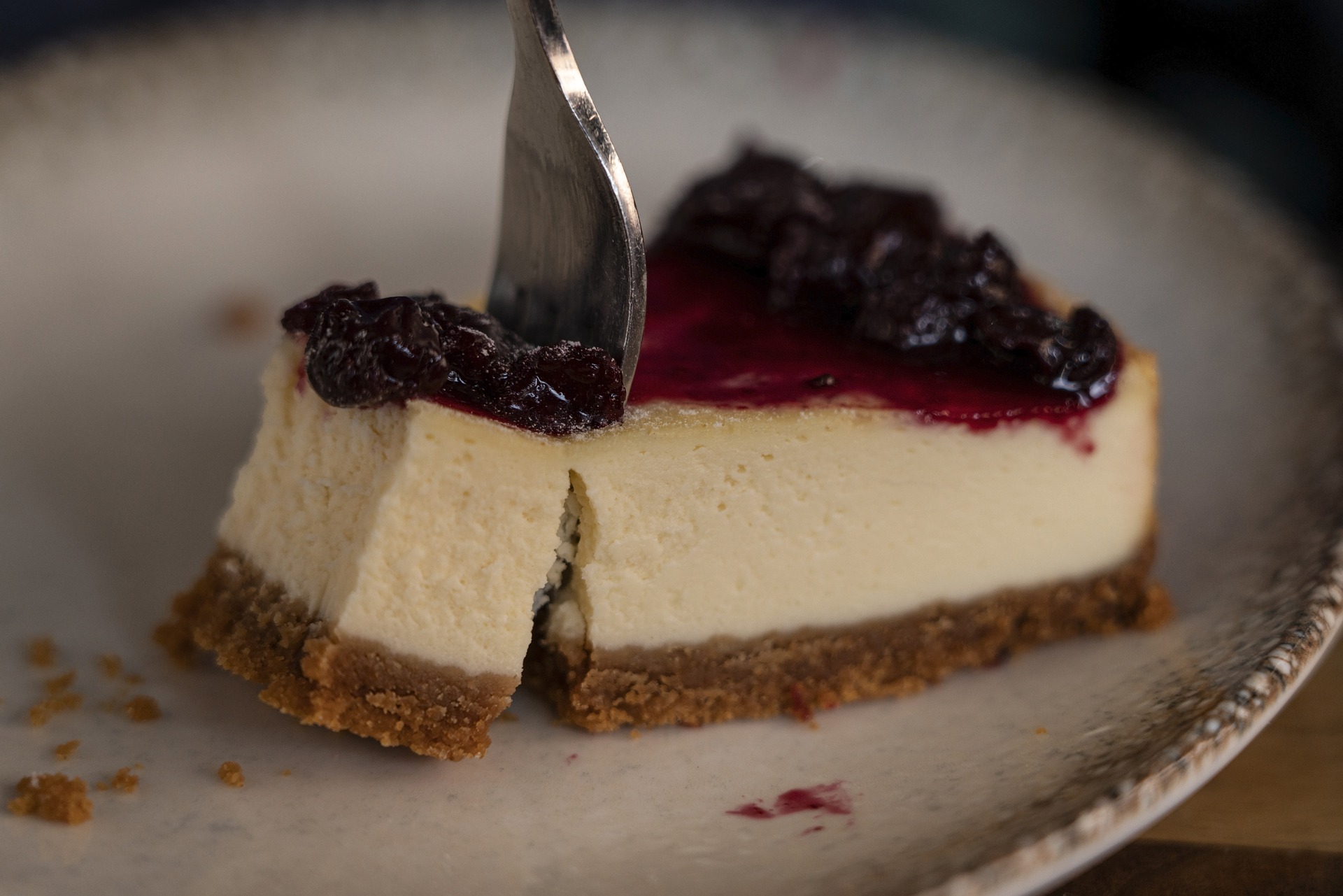 As the cake is not like regular sponge cake, many people ask if Is cheesecake real cake? Most People claim that as it’s not a flour and butter-based dessert, this is not a cake. Some people call it pie and others say it is custard. Other favors it for being “tart”. As eggs are used, it is also called “torte” in many regions.

So what technically is a cheesecake then? If not for real, why it is still called a “cake”? Well, no matter how many theories they present, as it is baked and made from batter, it is still a cake.

Haters gonna hate but whoever wins the debate can’t force us not to love it anymore. Cheesecake runs in our veins and the addiction is real. Doesn’t matter if cheesecake is a cake or a pie?, all we know is that it has our hearts!

Is Cheesecake a healthy dessert?

Are there any healthy desserts that exist on this planet that we are unaware of? Come on, guys. Dessert is not a medicine or a diet plan. It’s an addiction and a rollercoaster ride of unlimited pleasure.

It is not fair to rate any dessert based on how healthy they are. Of course, you should never eat them in abundance because they are sugar, carbs, and fat but an occasional treat is fine.

Most diabetic people are concerned that if cheesecake is ok for diabetics. Well, it is not. Although the cake doesn’t have flour and butter, it still has lots of sugar and cheese. There is no difference between simple spongy cake and cheesecake in terms of “health factor”.

Mostly, it has the same number of calories as other rich cakes. So cheesecake is not any healthier than a traditional cake. Between, there is no such thing as healthy cake anyway.

What is the most popular flavor of cheesecake that everyone loves? 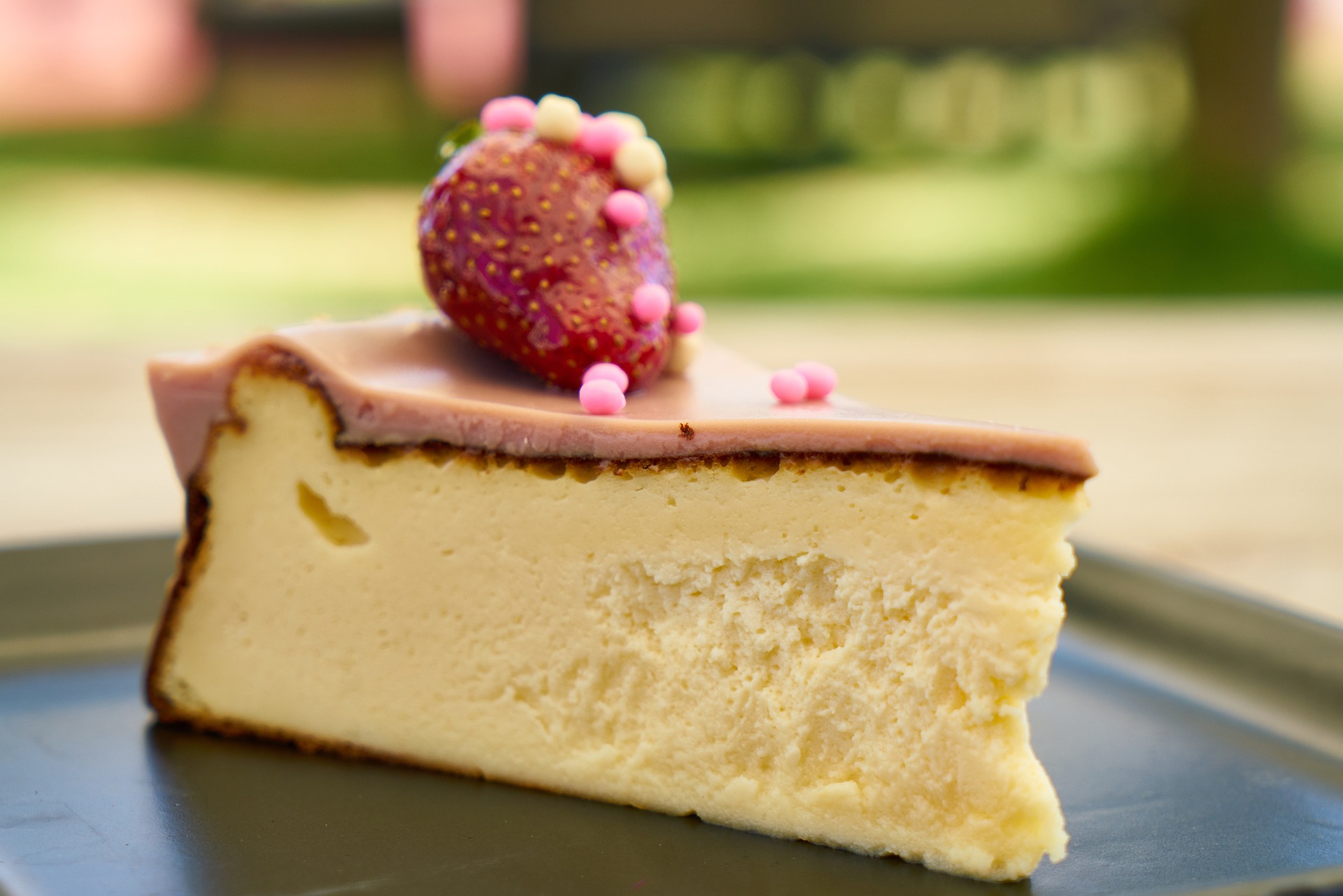 Trust us, almost every other person has his personal favorite.

As the cake can be made with a lot of variant flavors, people love customizing it according to what they like. They can also be used as an occasional dessert for almost every occasion. You can make pumpkin cheesecake for the fall season or a red velvet cake for valentine’s.

The beauty of this dessert is that you can fit it into dinners, parties, celebrations, and almost every occasion you can think of. Add lemon, strawberry, pumpkin, apple, chocolate, butterscotch, and whatever you want to customize your cake according to the occasion.

Well, my dear foodies, you may be surprised to know that there is also a vegan cheesecake! So we recommend trying every possible flavor but please limit your dessert consumption to once in a while.

Where you can find the best Cheesecake?

Making a cheesecake yourself may seem an easy deal but don’t rely on the internet until you are confident yourself. If you are not an expert, most seemingly simple recipes can turn into disasters. Also, you need a few tries before trying to become MasterChef yourself

So why not grab the best from outside when the cheesecake price is not as high as you may expect? We recommend fresh elements restaurant. Give yourself a treat with their cheesecake and experience the heavenly confection that you will never find anywhere else in the world.

In the end, all we have to say is that if you have a sweet tooth, cheesecake is going to give you a ” high” that you have been craving for a while. Don’t miss it!

PrevPreviousVinegar uses in our daily lives that will amaze you!
NextSome popular and easy Desserts list and recipesNext

Fresh and nutritious food and beverages are at the heart of what we do. Gourmet salads, fresh juices and smoothies, Lava grilled and creative dinners all prepared with minimal oil and no added MSG!